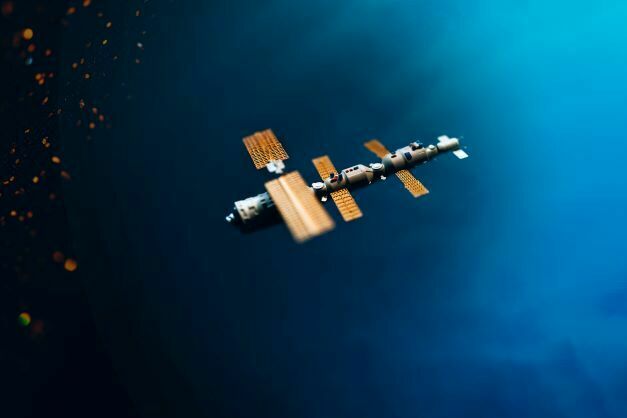 Creotech Instruments S.A., a Polish provider of advanced space technologies, debuted on the NewConnect market of the Warsaw Stock Exchange on 12 October.

Creotech Instruments is one of the leading manufacturers of satellite systems and components as well as advanced electronics for use in quantum computer control systems, among other things. The company is also active in the field of unmanned aerial systems, where it delivers devices and software for drone movement supervision.

The company delivers its own solutions to the most modern and technologically advanced research institutions in the world, e.g. the European Space Agency (ESA), the European Organisation for Nuclear Research CERN in Geneva, the GSI Centre for Heavy Ion Research and the DESY Research Centre in Germany.

Creotech Instruments devices participated in 26 projects for the space sector, including 10 space missions – 4 of which were carried out for the European Space Agency (ESA). One of the most important projects currently implemented by Creotech is the HyperSat satellite platform, which positions the Company worldwide among a small group of companies capable of offering microsatellites and entire microsatellite constellations tailored to the customer’s needs. This platform is designed to carry out space missions by satellites weighing from 10 to 60 kg (with the possibility of rescaling to a mass of 120 kg in the future).

“Creotech is the first representative of the space industry on our domestic stock market. We would like the NewConnect to be the beginning of our path on the Warsaw Stock Exchange. We are aware that the status of a public company will allow us to open up many new opportunities. In the near future, we intend to consistently build the value of our company by implementing the development strategy and caring for reliable communication with investors,” says Grzegorz Brona, President of the Management Board of Creotech Instruments S.A.

The debut was preceded by the successful public issue of series H shares, from which in April this year, Creotech raised nearly PLN 11.3 million. The funds were allocated to the expansion of production lines for electronics assembly in order to increase the scale of operations. In addition, the company continues its work related to the development of the EagleEye Earth observation satellite and the upgrade to the highest level of development (TRL9) of the HyperSat microsatellite platform technology.

In August this year. The company announced the first commercial cooperation in the construction of a constellation of three satellites, based on the proprietary HyperSat platform. The order is carried out under the leadership of the Military University of Technology as part of the Polish ImAging SaTellites (PIAST) project, which is part of the Szafir program and the plan to develop a national satellite Earth observation system for the Polish army.

At the end of 2020, the Company achieved net sales revenues of over PLN 28.9 million, which was an increase by 13.7% (by PLN 3.48 million) compared to the level of revenues achieved in the previous year. This increase resulted mainly from increased sales in the most profitable segments: scientific and measurement equipment, which increased by 215.7% and electronics production, which increased by 53.5%.

According to the “2019 State of the Satellite Industry”, published by the Satellite Industry Association, In 2019, the total value of products delivered to the broadly understood space market exceeded $360 billion. Over $277 billion of this amount was represented by the satellite-related market (its remaining segments included manned flights, and a deep space exploration research program).