Another record year for logistics 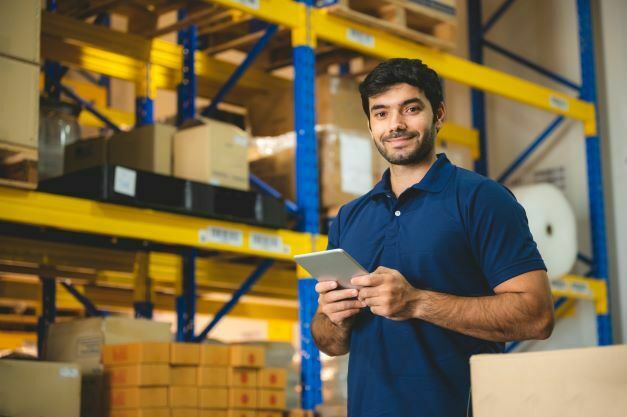 The industrial and logistics market  is the fastest growing among the commercial real estate markets in Poland – we can read in the latest Colliers report published in November 2021.

At the end of Q3 2021, its stock reached 22.6 million m2. Over 3.6 million m2 of space is currently under construction, which is a historical peak.

Warsaw is the largest region, with almost ¼ of Poland’s total warehouse stock. The most dynamically developing regions are Silesia and Wrocław, where 600,000 m2 and 500,000 m2 of industrial and logistics space is being built, respectively.

Despite the high volume of new supply, vacancy rate at the end of Q3 2021 has reached 4.9%, representing a decline of 3.3 p.p. compared to the same period last year.

Recent quarters have shown a significant growth of the e-commerce sector in Poland, as well as development of courier services. Next-day deliveries have become an industry standard and an increasing number of companies is introducing same-day delivery services. The trend has been confirmed by a recent acquisition of the courier company X-press Couriers, specializing in such deliveries, by Allegro.

Due to the growing popularity of online shopping, there is an increased interest among tenants in last mile delivery facilities. To shorten the delivery time, companies from the courier sector are seeking warehouse space, usually no larger than 10,000 m2,, located near the centers of large urban agglomerations.

Parcel lockers are becoming increasingly popular over the standard courier services and thus the number of players in the parcel lockers market is increasing.

Industrial and logistics facilities have been changing recently in terms of design and available facilities. More and more developers are introducing a new height standard of 12 m. High level of warehouse automation and innovative technological solutions, which increase efficiency and optimize all processes, are advantages that keep increasing in importance. Developers are paying increased attention to ecological solutions in their buildings, resulting in the overall market becoming more environmentally friendly.

Poland versus other European market

The interest in industrial and logistics market is not only Polish but European trend. The sector remains the best performing of commercial real estate. Record levels of occupier activity combined with positive long term trends such as e-commerce and nearshoring make warehouses a safe haven for international capital. Advisory firm AXI IMMO in cooperation with its international alliance of partners Gerald Eve prepared the second edition of the guide to the European industrial and logistics real estate market. The report presents average prime rents in 80 locations within 20 European countries as well as yields in these markets. It also includes land prices in 53 key industrial and logistics locations. Poland remains one of the most attractively priced markets in Europe. Three out of five cheapest locations in terms of prime big box rents are in Poland. In addition, three Polish markets make the top 5 list of most attractively priced land markets in Europe.

Apart from the fast-growing domestic e-commerce sector and recovering household consumption following the pandemic, the Polish warehouse market is also driven by demand from abroad. The country’s strategic location within Europe and attractive rents, as well as relative ease of securing land for warehouse developments encourage a number of international players to establish their European distribution hubs in Poland. Amazon and Zalando already have a well-developed international logistics infrastructure in our country. „Poland has for some years now been a first point of entry for a high number of international firms setting up their European supply chains. The scale of this trend can be measured by total space leased for international distribution in the last several years. Cross-border e-commerce and nearshoring have additionally boosted the significance of Poland as a hub for European distribution. International firms are attracted by a favourable business environment, tax incentives, experienced and skilled workforce, as well as continuously improving transport infrastructure, a strategic location within Europe and the EU membership. Poland also offers a modern and relatively new warehouse stock compared to Western Europe and a high number of new schemes are added every year. Finally, the Polish market continues to compete thanks to attractive rental rates. These have been stable throughout the pandemic, in contrast to many Western European markets, where sharp increases have been recorded. We now expect rental growth to arrive in Poland too, albeit with no impact on the relative attractiveness of the market for occupiers”, sums up Renata Osiecka, Managing Partner, AXI IMMO.

The Polish market stands out from the rest of Europe when it comes to the supply of good quality land for warehouses, as well as its attractive price. This, combined with low labour costs and a straight forward land development process, has led a growing number of logistics and production firms to establish their European distribution and manufacturing hubs in Poland. A high number of these schemes is located near the western and southern borders. For example, the aforementioned decision by an international e-commerce retailer to build a distribution hub servicing the Czech market near the southern border is in large part a result of a highly limited investment land offer in Czechia, as well as a complicated and protracted land development process in this country.