Poland ahead of the curve on circular economy

The first Circularity Gap Report Poland was launched during the Circular Week in October 2022.

The Polish economy is over 10% circular, above the world average, mainly because of an efficient agricultural sector and fairly short supply chains. But there is a challenge ahead – closing the over 80% circular gap – this is where the first Circularity Gap Report Poland comes in.

The study – prepared thanks to EEA Norwegian funds – showing the gap in the circular economy in Poland shows that the country has achieved 10.2% in this area – a good result. However, not good enough to rest on its laurels. It is certainly encouraging that in terms of closing the loop, our economy is closer than the Netherlands to leaders Norway and Sweden. The world average is 8.6%. Norway has only reached 2.4% and Sweden 3.4%. When creating the document, the potential for cooperation between Poland and the country of the fjords was emphasized. Both countries have been building numerous business connections for years. In times of crisis caused by Putin’s aggression towards Ukraine, relations are tightening even closer – mainly in the energy area.

What do we win in circularity? Short supply chains – especially in the food sector. We consume less goods than much wealthier Norwegians or Swedes. This affects the amount of waste produced per person. The same applies to the energy consumed in households.

Waste in Poland is quite interesting, because recycling levels are low. For comparison, the EU average of municipal waste production per person is approx. 500 kg, while in Poland it is on average less than 400 kg per year, but in Denmark it is over 800 kg per year.

The Polish agricultural sector is a powerful force, with almost a tenth of all employees, but it is largely made up of numerous small scattered farms. There are no intermediaries – between huge farms and family farms. This would offer greater opportunities to efficiently manage resources and close the circular loop in agricultural production and to conduct sustainable livestock farming, taking into account the reduction of the use of artificial fertilizers. It is worth noting that annually Polish agriculture emits approximately 32 million tonnes of CO2. This is roughly the same as the Bełchatów power plant, consuming a huge amount of energy and water. This is over 220 million tons of materials annually.

Moving away from a linear economy in favor of a circular economy is already a global trend. In 2019, the Polish government adopted its Roadmap towards a circular economy. The document took into account sustainable production, consumption and guidelines for the bioeconomy. The pandemic slowed many of the announced changes and actions at the government level. At that time, business was implementing more and more ambitious strategies. Not only is it an ESG requirement or merely a desire to achieve selected Sustainable Development Goals (SDGs), but often a rational business decision.

The fact that we ourselves produce a significant proportion of goods and agricultural produce and consume them locally is in our favor. Norway exports a significant part of its goods (gas and oil), while it imports almost all its food. Stretched supply chains, going far beyond Europe, do not allow the country associated with ecological solutions to move away from the linear economy. Our supply chain is much shorter. Many companies operate only locally – this is both a plus and a minus. Poland’s disadvantage is the supply of energy to business and energy from coal – the primary raw material. Poland’s energy-intensive industry also differs to some extent from the Scandinavian one. Of course, we also have metal and glass works, but also numerous cement plants, chemical plants, the lime industry and a strong paper industry. We are largely self-sufficient in these areas.

The gap in the circularity of the Polish economy, calculated in the Circularity Gap Report Poland, takes into account the degree of use of primary and secondary raw materials. The latter is only 10% from over 610 million tonnes of primary raw materials consumed in Poland annually – minerals and metal ores. Here again, in per capita terms we are weaker compared to Norway and Sweden. There are less than 14 tons of primary raw materials per Pole, and more than 40 per Norwegian. However, this ranks us higher than the world average – almost 12 tons per year.

The construction industry consumes a lot of raw materials, but it should be noted that once erected, objects serve for decades. Nevertheless, there is much old, energy-inefficient real estate in Poland. This is a challenge for the country for years to come and applies to both commercial and residential real estate. On the other hand, the modern infrastructure being built more more often includes a circular component.

The authors of the report indicate that the most important factor in reducing the circular gap in the Polish economy in the coming years will be to increase the share of secondary raw materials in construction. This is where innovative technologies can develop – such as CCS (Carbon Capture and Storage) – the first projects are already waiting for implementation. They will benefit from EU funding. It is also important to combat food waste. Here, circularity, and in principle not generating waste, quickly settled in the catering industry – it simply pays off for business. However, there remains a change in consumer habits. This job will not be easy, although the rules for reducing household food waste are simple. One of them is: last in, first out.

Of course, there is a need to transform the energy sector. Here, the most important legal changes include the abolition of the so-called distance act, which inhibited the development of onshore wind farms. Green energy from renewable sources will in the coming years guarantee attracting new investments, i.e. economic development.

It is also possible to use biomass here. The report reads that nearly 14% of consumption of raw materials in Poland is biomass – renewable. Its circularity is relatively easy to achieve. We have the right conditions for this: land and land management. Non-CO2-neutral biomass is less than 1.5 percent.

Combustion of fossil fuels and the use of non-renewable materials in the Polish economy account for over 40% of the circular gap.

Interestingly, electromobility will be of little importance for the circular gap in Poland. The authors of the report mention the positive consequences of the shift in transport from fossil fuels, of course, but looking at this sector more broadly, such a change in the context of circularity will be of marginal importance.

The implementation of the proposed scenarios will significantly change our behavior. It will force new habits – from transport to eating. At the same time, it will allow us, as an economy, to achieve climate goals for individual sectors.

Six guidelines for closing the circular gap in Poland: 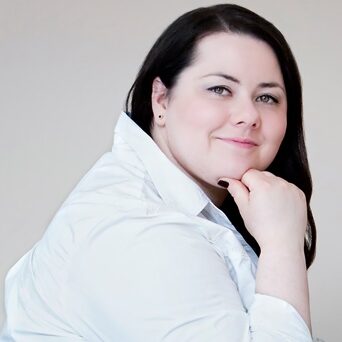 Agata Rzędowska
A journalist, originator and author, her 'On electromobility talks' is the first Polish publication in which practitioners and observers of megatrends take the floor. She heads a weekly programme on electromobility "Szybkie Wózki” on Polish Radio RDC and also writes for the online news service green-news.pl and Green Car Magazine published by the Foundation for the Promotion of Electric Vehicles. She is a judge on the first Polish Women’s World Car of the Year competition and was honored by the Transformative Urban Mobility Initiative as one of its fifteen "Remarkable Women in Transport" 2022 publications.
MUST READ
Investment