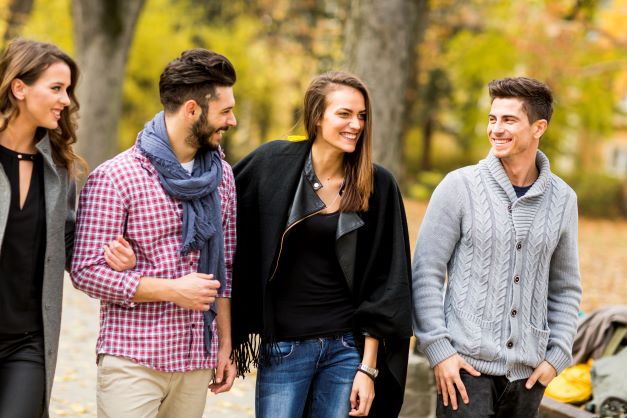 Young men more often than women are dependent on their parents, according to a study conducted by the National Debt Register. Young women, on the other hand, are more determined than their male counterparts to take jobs

For 93% of young people aged 18 to 35, paid work is important, with 73% emphasizing that it is “definitely important.”

Young Poles most often justify this with the desire to gain financial independence (69%) and the need to earn a living (67%), according to a National Debt Register “Young Poles’ approach to money” report.

In the opinion of 60% of respondents, an important argument for financial independence is also the possibility of saving money for the future. The next spots were: the need to earn money for larger expenses (54%) and the need to have funds that can be spent on pleasure (52%). Debts incurred by young people when entering adult life can be a millstone.

According to Adam Łącki, president of the National Debt Register of the Economic Information Bureau, the debt of Poles aged 18-35 in the KRD is PLN 5.8 billion.

He pointed out that in the initial period of employment, young people often cannot count on high earnings, which makes it more difficult for them to quickly achieve their dream life status. “Being a debtor in such a situation is an additional problem, because even a small debt entered in the debt register makes it impossible to take a loan to buy a flat or a car,” he noted.

33% do not need to achieve financial independence – that is young people who are dependent on their parents or partner. In turn, 28% of respondents who are not interested in having a paid job want to focus on education or treat work “as a chore.”

For men, the figure is 65% and 63% for women. Another significant difference is the approach to spending earned money on pleasure – eating out, designer clothes, visits to the beautician. This is an important motivation for nearly 57% of.women and 46.5% of men.

Respondents over 25 more often consider maintaining loved ones. This is important for 49% of people in this age group.

People aged between 25 and 34 are more likely than younger people to believe that work gives a sense of dignity – 36% against 29% for – and allows them to repay financial liabilities (26% to 11%).

For people between 18 to 25, more often than for their older colleagues, the key argument in favor of paid work is the possibility of earning money for larger expenses (57% vs. 53%) and developing passions and interests (48% vs. 44%).

According to Jakub Kostecki, president of the Kaczmarski Inkasso debt collection company cooperating with the KRD, the growing size of young peoples’ unpaid debts is a problem.

As he pointed out, in this group of debtors, different attitudes towards debt can be distinguished. “The financial problems of people who have decided to start a family and take a loan for an apartment or a car usually result from the rapidly growing cost of living,” he said.

Kostecki noted that this group is characterized by responsibility for their liabilities – they are open to proposals to spread their arrears in installments. “It is completely different to talk to young people who have been dependent on their parents for a long time and are just starting to live on their own,” he explained.

According to 78% of those surveyed, it is better to take up any job to support yourself than to wait for your dream job offer. 48% was of the opinion that you need to earn a lot of money to start an independent life, and 30% said that parents should support their adult children by contributing, for example, to the purchase of a flat or a car. Young men (36%) agree with this opinion more often than women (25%).

Whereas 29% of respondents believe that living with their parents after the age of 25 is not a shame., every third man (34%) and every fourth woman (25%) agree with this statement. Every fifth man surveyed would be ready to quit his job if someone else supported him.

In the case of women, this opinion was shared by 11%. Women are much less likely to be ready to live on their parents’ budget if a job did not suit them (9% and 16% among men). The percentage of women who would be reluctant to work for the lowest national salary is also twice as small (8% to 16% among men).

“Young people who have been dependent on their parents for a long time often have problems with responsible budget management and adhere to the principle: It will work out somehow. The first job allows them to make commitments for pleasure: expensive trips or gadgets,” says Kostecki.

Such people are often later unable to repay loans or credits, which leads to accumulation of arrears.