Poland’s macroeconomic situation in the context of war in Ukraine should be analysed from a few perspectives.

First, direct economic impact. That is in fact quite limited. Combined export to Ukraine and Russia is around 5% of total Polish export. Belarus does not add much either. Also direct investments in Russia, Belarus and Ukraine were relatively insignificant to the Polish economy. Therefore direct impact of effective closure of the eastern markets will slow down economic growth to a limited extent and will be visible on selected, given entities only. The picture is a bit more complicated when we take into account indirect effects on economic growth.

First, albeit Polish export to the East is very limited, observe that the largest share, close to 30%, of Polish export goes to Germany. And Germany in turn has much higher both export and direct investments in Russia.

Next, energy prices. This topic is obvious and widely discussed globally as Russia is a key provider of oil and gas for Europe and a major player on a worldwide scale. High energy prices translate into cost shocks for a number of businesses and stimulate inflation. This type of cost shock might mean serious disruption of the business if not insolvency risk, particularly for those with lower net margin and limited pricing power to immediately pass on higher costs to their clients. It is believed if the current, elevated costs (e.g. oil in the range of 110 – 130 USD per barrel) will prevail for a longer period like 2-3 quarters we should expect GDP growth to slow down significantly. If the crisis will go even further and e.g. oil prices will go above 150 USD the European and Polish economy will face a high probability of recession. Having said that, it should be noted that the current situation is still a very short term reaction to the war shock. History tells us that during that period prices on financial and widely traded commodities markets were quite volatile and overreaction is quite common before the market finds its medium term equilibrium. It is hard to assume that this time is otherwise. If the elevated and highly unstable elevated energy prices remain for 1-2 months their impact on the economy in even one year’s perspective should be limited. One of the key factors to observe is sanctions development. So far from both sides: UE and Russia they avoided measures to adversely impact gas and oil flow and their trade settlement. For that purpose UE even excluded Gazprom related bank Gazprombank  from SWIFT ban.

Higher energy prices also translate to inflation. What we know almost for sure now is the scenario that energy prices would go down in the coming year after their unprecedented growth for the last 1,5 years is off the table. Such a decrease would constrain inflation pressure which central banks try to cope with. Last year it seems that likelihood of that scenario used to be taken into account by European central banks, including Polish and ECB, which in turn was limiting their propensity to strong interest rate hikes. And that brings another issue: impact of interest rate growth as a result of increasing inflation pressure being function of growing energy prices. Typically central banks moderate their reaction to supply shocks believing that monetary policy has at best little impact on price effects resulting from those type of events. However situation change when inflation expectations starts to significantly rise what we observe currently also as a result of renewed energy price growths. Therefore higher interest rates should be expected. This in turn brings another risk to the economic growth.

Inflation pressure and economic growth can be further at risk due to supply chain disruptions. One is that some elements of production chains were located in the East. Second, of potentially even larger impact, are issues of “Silk Road” going through Russia and Ukraine – one of the major transit routes between China and Europe.

In any case we should expect much higher Polish budget deficit in the next 1-2 years. The government so far maintains its social programmes and additional payments (like 14th pension). On top of that it should be added: decreased tax income due to “tax shields” e.g. zero VAT tax on food etc. (partly compensated by higher inflation); unfolding refugee crisis (level of UE and international support still to be determined); military spending etc.

Being NATO frontier country in the short term, a few months at least, Poland will be assigned higher risk premium on international markets. It has been visible since outburst of war via e.g. Polish currency depreciation. During such turbulence flight to safe heaven is typical on financial markets. Although as time passes by, unless there is major escalation from current level, markets shrug off emotional or uncertainty impact to move more towards fundamentals which in the current context means impact of the sanctions and economic prospects. 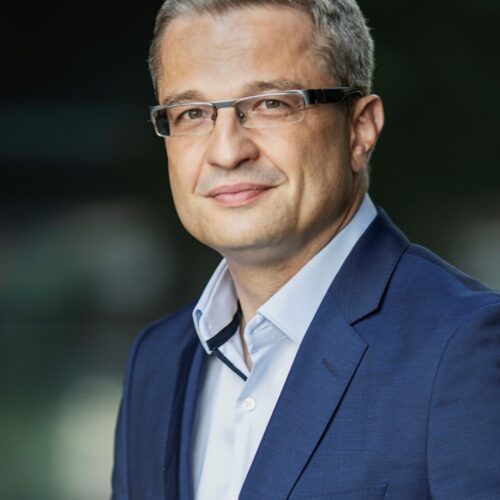 Michał Szymański
A graduate of the Warsaw School of Economics with a major in finance and banking. PhD in Economics, licensed investment advisor, CFA. He has 25 years of experience in the capital market, particularly in the area of asset management. Co-founder of the now Alior Investment Fund Company (TFI) and its President of the Board for many years; previously held positions such as Chief Investment Officer and President of the Board at Aviva Pension Fund Company. He also worked at ING Investment Management and in the portfolio management department of Creditanstalt Securities. He has held the position of CEO of VIG / C-QUADRAT TFI S.A. since May 2020, i.e. since the establishment of the company as part of the VIG and C-Quadrat capital groups.
MUST READ
Business