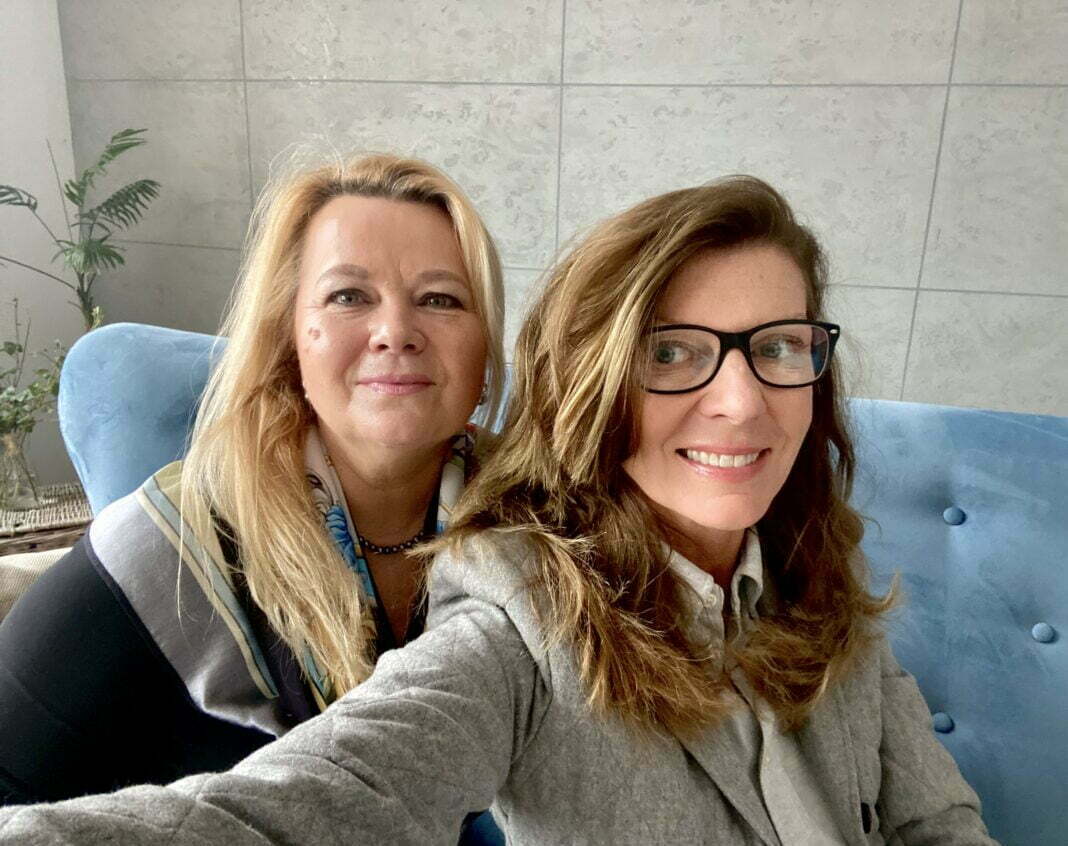 In these Q&As, I try to introduce you to exceptional people. Today my interlocutor is Kasia Kalicińska, producer, writer, inspirer. I could write a lot more here, but it would be better if she tells us herself. Unfortunately, this section will not be able to contain everything I would like to ask her.

Kasia, how did you start your career?

Our lives are often ruled by events that later affect our lives. While in my first year of studies at the Faculty of Theatre Studies in 1991, I went to a casting for television. I stood in a queue in front of the TVP building (about 300 people). The young director, Mariusz Treliński, was looking for young, talented people for his program. I got through to the final seven, although I did not get onto the program. But after a month another editorial office called and after a few months, together with a group of other young people, we helped run a journalistic program. Television became our second home. We had no idea about this job, but we had enthusiasm, dreams and youthful insolence. We entered television straight from the street. It was the time of political changes in Poland, television needed new faces that no-one wanted to be associated with the communis era. After three years, I finished my journalistic internship and started working in the artistic editorial office of TVP Channel 2. This is how it started, I was hooked, making entertainment programs, documentaries, festivals. After a few years, I quit television and collaborated with television as an independent producer.

Tell us about your most important projects.

My beloved professional child is the series “Dom nad Rozlewiskiem,” which I have been producing for almost 10 years. It is an adaptation of the best-selling novel by Małgorzata Kalicińska (my father’s sister). Readers and then viewers fell in love with the wonderful family saga immersed in the beautiful Masurian landscapes. My second professional child, book writing, happened completely by accident. I like teamwork, even in writing. I wrote the first book with my aunt Małgorzata Kalicińska, an author beloved by Poles. I learned a lot from her, which gave me the strength and courage to write subsequent books myself. These four volumes are the story of crazy Dominika, who describes her colorful life over the years. There is love, family, friends and the colorful world of show business.

I wrote two novels “And I also love you” and “I will never leave you,” which are ready-made film scripts, with my friends Zuzia Dobrucka and Beata Harasimowicz. I can probably reveal that we are starting the third volume. These books are primarily about female friendship. They are to be read in a single breath, to give hope and allow the reader to break away from everyday reality. We three are like a single organism, each of us responsible for different life functions. We complement each other perfectly. For two years I have been giving weekly lectures on films and series on the Facebook group Drzwi Do Stylu. There are already 100 of them. It is again a combination of work and passion.

I know you have many passions. Can you tell us about them?

I love life and people. It’s hard for me to sit still in one place. Apart from my job, which is my passion, thanks to which I met many outstanding people and was able to visit the world, I have a lot of other passions. I have always loved theater, film and music, I need it like air to live. For five years I have also been a member of the Society for the Encouragement of Fine Arts and found myself in a group of art enthusiasts. We visit galleries, which develops and educates me. My next passion is sport, which my father instilled in me. I start each day with hour-long Nordic walking. During this time I usually listen to an audiobook or music. I go skiing, play golf, tennis, do yoga … but I also like to clean – the most among my friends, there are legends and anecdotes on this topic. Because in my head there are always new ideas sometimes it’s just chaos so there must not be chaos around me. I like it when it is nice, pleasant and it smells just right. I also love cooking, it is also another passion that my father shared with me. He has several cookbooks to his credit. Together with his sister, they wrote the culinary book “Kaliciński from the kitchen.” It is a collection of recipes with literary anecdotes. This is our artistic and culinary family. I also love traveling. I love the moment when the plane is soaring up and in a few hours I’m in a different reality. I have spent a lot of time in Israel and Spain.

When do you find time for your personal life, your family, friends?

Family has always been the most important to me. I already have two grown-up sons, Makary and Barnabas, who are living their own lives, so suddenly my life has a huge space, which is filled with my beloved friends. We are like an Italian family, all speaking at once. We love, inspire, support, have fun and sometimes we argue – these are strong emotional relationships. I can’t imagine my life without them. I love these wonderful girls. We often meet or leave together, it is always a special time and all problems disappear, no need to go to a psychoanalyst – a women’s circle is enough.

There is so much going on in your rich life, but you are still looking for new challenges. Will you surprise us again?

When it comes to my career plans, a big revolution is in the making. I can only reveal that it is related to film production. And I would like to surprise myself with a bit of peace, because I am still alive on the merry-go-round. 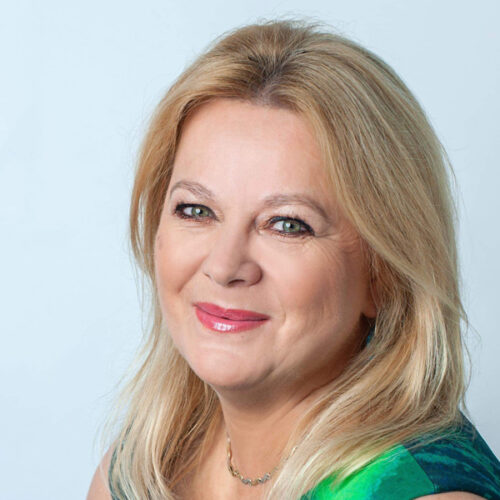 Katarzyna Braiter
Editor in Chief Former consul of the Republic of Poland and former president of European Union Families Association EUFASA. She worked for OSCE and EU as election observer. Lecturer from diplomatic protocol and savoir vivre. Board member of SHOM, Spouses of Heads of Mission
MUST READ
Business