Connect and dance your way to self-acceptance

Dunia Pacheco, an Angolan dancer and dance mentor, came to Poland as a teenager 24 years ago with her parents and siblings. 3 years later, following her intuition and proving an immense perseverance, she made a decision to stay despite her family leaving. She successfully graduated high school, went on to study international relations and in time made a career of her dreams that she always wanted but never expected. Privately – a mother of two.

I was very young. My father was appointed to a diplomatic mission in the Embassy of Angola in Warsaw. I came here with my parents, sister and two brothers. The only word that can describe what we went through back then is pure shock /laugh/. Everything was different. It was the first time I saw trees without leaves (it was winter) and it was so cold!  People were talking so quietly that they seemed to just move their lips without a sound. Everyone looked gray, dressed in gloomy colors, distanced and closed. No expressiveness, no friendliness, no visible joy and free human interaction. The only things that were remotely familiar were just a few words in Polish of Latin origin like ‘informacja’, ‘rewolucja’ or ‘matematyka’. The rest was just a completely new territory. And then of course we started experiencing racism. It was a really long time ago and things have changed a lot since then.

How did you cope back then especially with racism?

Me, my sister and my brothers were very rebellious – just regular teenagers – and that helped a lot /laugh/. If you were black in Poland twenty years ago, you had to know that once you went out, you would probably be attacked or get into a situation where you would have to defend yourself. There was a lot of physical aggression towards black men and most of the police officers back then didn’t seem to help when asked for it. But we were not scared and we wouldn’t give in. I haven’t really experienced a lot of that kind of behavior but my sister and brothers have. What happened to me on the streets of Warsaw then, doesn’t happen today. While approaching my thirties, I understood more and I accepted my part of the responsibility in this culture clash that we found ourselves in. In time, I realized that I was being judgmental too and because the entire move to Poland was a lot for us, sometimes it was really hard to see through the difficulties and appreciate the positive things more. My recollection today is that I was very lucky – I always had friends who liked me for who I was and today when I’m looking back I can clearly see that right next to difficult and heavy experiences I had plenty of openness, kindness and empathy from the Polish people around me.

Is that why you decided to stay?

This was not the main reason for me staying here, although if it wasn’t for the beautiful experiences, I probably wouldn’t even think about it. I wanted to graduate high school and get higher education because while I was growing up my parents tought me that it was the guarantee of a better life in Angola. I didn’t take the matura exam right away – I waited for a year, I studied hard and worked a lot to be able to afford private lessons. When I was ready, I took the exam and passed. And I consider it one of the biggest achievements of my life. I am very proud of this. After getting my świadectwo dojrzałości, I got to the International Relations faculty at SWPS University and paid my first tuition fee from the money I earned myself. Right after that my father called me and said that he was appointed to another diplomatic mission – this time in Argentina. My family wanted me to go with them and even though Argentina was very tempting, I already had an answer. I told my father that I wanted to study in Warsaw but I would be delighted to visit them in Buenos Aires. This was in 2006 when I also began the amazing path as a professional dancer and dance instructor. Those decisions and personal achievements were the first step to a real independence for me.

Now I know that the decision to stay in Poland had everything to do with my values that had been present in my and my family’s life since the beginning. No matter the condition we were living in, my mom was always very strict when it came to education. I grew up wanting to be a teacher. I have always wanted to speak foreign languages, get higher education, travel and meet different people. Basically I was driven by a very strong need for personal development and human interaction. And I have always been confident, courageous and often rebellious. I guess that’s why my motivation to learn Polish was to stand up for harassment in the native language here. That’s just the way I am and although it has its negative aspects, most of the time I consider it my power.

Where does this power come from?

I come from a reality where courage was like a second name, especially when it comes to women. All women in my family are courageous and very strong physically. But most importantly they have faith – faith in themselves. And without that confidence, courage wouldn’t be impossible.

Is it fair to generalize and say that strength is something all African women have in common?

I think – yes. Africa is very diverse in terms of culture but we all have something in common when it comes to upbringing – and it is upbringing that is the key factor here. One of the most important and in my opinion the most positive aspects of African upbringing is how parents and other grown-ups support the development, motivate and invite very young children to every-day life. This is what gives the new generation something I very much appreciate – a life wisdom. You could also call it resourcefulness. It is something that allows you to take care of yourself. Thanks to this you enter life with natural confidence that you can deal with most of the challenges that come your way. One of the elements of this kind of wisdom is the ability and courage to ask for help when you really need it. When I came to Poland I was 13 years old and had an inferior complex. Thanks to that wisdom I was able to adapt to the new reality. Courage is made of both – the moments of weakness and strength.

You are a dance mentor and you run workshops for women that help them in their personal development. How is it with our self-confidence here?

It is getting better but it’s still not so good. That was another culture shock for me here. When at the dance class women were telling me that they didn’t like to look at themselves in the mirror or didn’t support themselves during the learning process, I simply thought they were pulling my leg. At that time I was not aware of the fact that a lot of women here don’t believe in their abilities, don’t accept themselves as they are or that self-confidence is a male feature only. And it isn’t the problem of physicality like it is often portrayed in social media nowadays. It’s something much deeper and it goes to the core of who we are and how we function. And again I think it has a lot to do with the way we are brought up. There is a lot of overprotectiveness towards children here. I also see a lot of fear and constant questioning: do I look good? What if I make a mistake? Is anybody watching me right now? I think the lack of self-belief has a lot to do with perfectionism which in Poland is absolutely huge.

How can dance help? How does it work?

Before I started teaching, I didn’t really think about how it works – just like we don’t really think about how brushing our teeth affects our well being. I’ve been teaching for 14 years now and because of that I see how dance can appeal to our deepest self. One of the most powerful aspects of dancing is that while dancing you focus on your body and mind at the same time. And if you are aware of your personality, want to improve or use your strengths to work on your weaknesses, regular dance classes can be very therapeutic. When you dance, whether you look at yourself in the mirror or at someone else, it gives you the opportunity to get inspired. Dancing has a lot of advantages and offers positive ways for people to change their attitude towards themselves, their health and others around. The dynamics of the movements, repetitiveness, attitude needed for every move you make, music sensitivity, interaction with other people who are often strangers and also the fact that you book the time every week to participate in the classes and you do it for yourself. All of this can only make you better. My students often say that thanks to dance they began their journey to body acceptance, they are more confident and open-minded when it comes to multiculturalism.

It seems like in Poland you found your true calling. And African dance is more and more popular nowadays.

Yes. I turned my culture into the passion that became my dream job. There was a time I was just dreaming about this – I was thinking: what a shame that people don’t know that much about African dance. Today it became huge and it’s getting even bigger worldwide. I think it’s because we live in times when people want and need to come back to themselves. And the basis of any African dance is precisely acceptance and being your true self. That’s why it appeals to so many people here and it makes me very happy that it helps the change for the better. 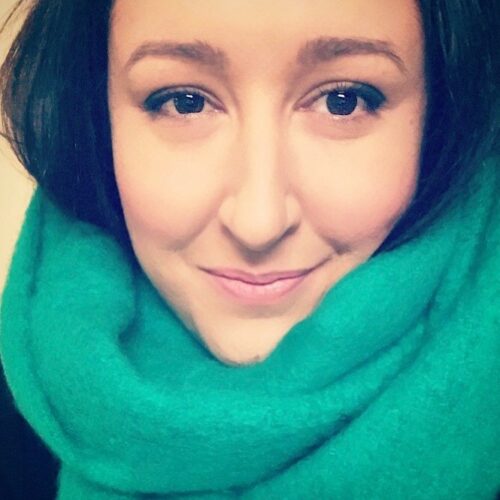 Wiktoria Sawicka-Djassi
Freelance author, journalist and editor with over ten years of experience in public relations and communication for both domestic and international lifestyle brands. People and community enthusiast. Culture lover with a weak spot for literature. Traveler passionate about social diversity and mutual impact of people and their values.
MUST READ
Investment