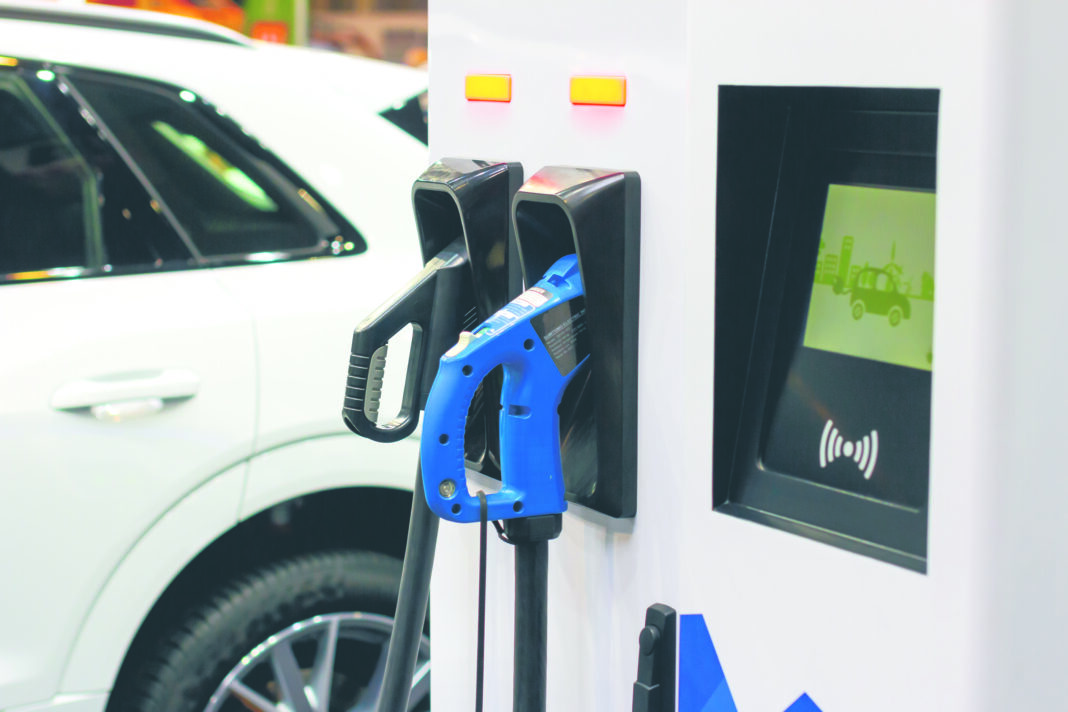 Since 2016, the Polish Investment and Trade Agency has supported nearly 30 investment projects in the electromobility sector, with a total value of over six billion EUR, which contributed to the creation of over 13,000 jobs for highly qualified workers and engineers.

“Today, there is no alternative to electromobility on the automotive market. Car manufacturers who outdo each other in declarations regarding the increase in sales of electric cars are aware of this. At this point, as many as 7 car manufacturers announce that by 2030 they will only sell electric vehicles in the European Union. This is due not only to the belief in the advantage of one technology over another, but to regulation. The European Union is currently working on adopting a target to end electric car sales by 2035. A number of countries, states and even cities have adopted similar goals. The bottleneck for this transformation is production capacity. New investments are needed not only in the production lines, but also a new value chain, in particular in the lithium-ion battery segment. Poland is already a European leader in the production of lithium-ion batteries. It is a great starting point for our country to become a leader in this segment. For this to happen, we must try to attract investments from the battery recycling sector, but also develop new battery technologies, such as more efficient solid electrolyte batteries,” says Rafał Bajczuk, Senior policy analyst, FPPE and T&E

“The number of foreign investments in our country is growing every year. Investments by the global giants of the e-mobility industry were among the key projects in 2021. This shows that Poland, due to its innovation and high-quality production in the field of electromobility, is an attractive country for investors and business partners. Our country is home to the production of 30% of all batteries for electric vehicles manufactured in Europe. The number of Polish companies developing production in the broadly understood electromobility sector is also constantly growing, as is the awareness and interest of the public. Our country is already developing dynamically in the e-mobility industry, and in the future we have a chance to enter this segment at the forefront,” says Krzysztof Drynda, President of the Management Board, Polish Investment and Trade Agency

The leader among the cities is the Wrocław agglomeration, containing as many as eleven factories producing components for the electromobility sector in the following cities: Wrocław, Biskupice Podgórne, Kobierzyce (LG), Jelcz-Laskowice (Toyota), Prusice, Wałbrzych.

There is an insufficient supply of batteries for electric cars in the EU, so the market is still open to further investments and Poland is the leader in battery production in Europe. It is estimated that our country manufactures approximately 30% of all battery production capacities in Europe.

“Electromobility offers great investment potential, especially in the area of ​​batteries and the supply chain. This type of investment has been very popular so far and Poland has been eagerly chosen by foreign investors, which is reflected in the results of our report. For this to continue, we must take care of the factors that may be of key importance for investors – investment areas ready for investment and access to green energy. The electromobility industry is developing very dynamically and now the implementation time of the entire investment, speed of connecting utilities, obtaining the necessary permits, but also the size of the area and the possibility of reducing the carbon footprint in production will be the most important factors and here we will compete with others from Central Europe. And there is a lot to fight for,” says Krzysztof Burda, President of the Board, Polish Chamber of E-Mobility Development

The largest of the investments completed so far in Poland is the LG Energy Solution factory in Kobierzyce near Wrocław – with the possibility to produce batteries with a total capacity of up to 70 GWh per year. It is the largest battery factory in Europe and the largest production plant of the LG concern in the world. Batteries from this LG factory are delivered to cars such as: Audi, Ford, Jaguar, Mercedes Benz, Smart, Porsche, Renault, Seat, Skoda, Volkswagen, Volvo.

The leaders of other segments include the Korean concern SK Innovation – a manufacturer of separators for lithium-ion (Li-Ion) batteries located in Dąbrowa Górnicza; Volkswagen Motor Polska, a manufacturer of an electric delivery vehicle VW Crafter; Polaris Polska – a manufacturer of electric off-road vehicles. On the other hand, among companies dealing with the development of technology, there can be mentioned the Aptiv company, which is a market leader in the creation of advanced ADAS driver assistance systems and is located in Kraków.

So far, several foreign car manufacturers have announced plans to produce electric vehicles in Poland, and ElectroMobility Poland, a company belonging to a consortium of state-owned energy companies, has unveiled a prototype of its first Polish EV, Izera, in July 2020. The vehicles are to be produced at the factory in Jaworzno in Silesia, and production is to start in a few years.

“Producing batteries isn’t enough. Investments in the production of components, energy storage and batteries for various types of vehicles and battery recycling are growing. New job opportunities connected with these investments are obvious. But this should be just the beginning. We see more and more startups, green-techs and traditional companies delivering interesting solutions for new mobility. With some government financial support they will be able to compete on the European market. Poland for many years has been delivering components for internal combustion engines and cars. We should be more aware that the supply chain will soon change. There are more business opportunities than just producing batteries and components for them,” says Agata Rzędowska, E-mobility journalist

One of the visible trends is the change from the current production of conventional vehicles to hybrid or fully electric vehicles. Stellantis is currently designing a fully electric Jeep crossover, which will be produced at the Tychy factory, along with similar cars from the Alfa Romeo and Fiat brands. The investment in the production plant in Tychy will amount to over PLN 755 million, and the currently implemented production will be adjusted for this purpose. Similar plans concern the Opel plant in Gliwice, where the Opel Astra model is produced – the best–selling model in the company.

“The Polish car park currently has 50 679 electric vehicles and 4 431 charging points (both AC and DC) within the EV charging infrastructure. According to the Polish EV Outlook, which is a leading source of information for both the current and future state of the e-mobility market, these numbers will increase to ca. 300 000 and 42 000 respectively in 2025. Poland is also the number one manufacturer of Lithium-Ion batteries in the EU and a leader in terms of e-buses on a global scale. The transition of the market towards zero emission transport will change the job market for nearly 280 000 employees from the automotive sector currently working in ICE technologies, while an additional 60 000 will have to re-adapt in the service and maintenance sector of the EV models. The near future also holds the enormous challenge of long-haul transport which will also have to be decarbonized to ensure the full transition of the automotive sector. This combined with the dire need of changing the Polish energy mix to RES-based solutions and grid investments shows that the number of ventures, projects and innovation crucial for these processes to succeed is on the rise. Poland as the largest economy of the CEE and the top-five of the EU offers immense potential for investors in the innovation and newtech areas related to the sustainable transport and e-mobility sectors. For e-mobility this will include market segments aligned with the industry, such as EV maintenance, EV charging infrastructure manufacturing and maintenance; software for EV’s, chargers and lithium-ion battery monitoring related to new EU requirements; recycling technology, IT technology related to sensors and heat monitoring for batteries; grid management and many others,” says Aleksander Rajch, Member of the Board, Polish, Alternative Fuels Association

Meanwhile, Daimler plans to invest over EUR 200 million in the production of electric batteries in Jawor in south-west Poland. Initially, the investment involves the production of batteries for gasoline-electric hybrid cars. This is not an isolated trend. Since 2019, Toyota has invested almost EUR 100 million in Poland to implement the production of combustion engines for hybrid vehicles. Volkswagen, which produces the MAN eTGE electric truck in Września, started production of the new e-Crafter delivery van there in July 2020. LG Energy Solution (South Korea) plans to process lithium hydroxide mined in Upper Rhineland, in Graben, Germany, for its electric car battery factory in Poland.