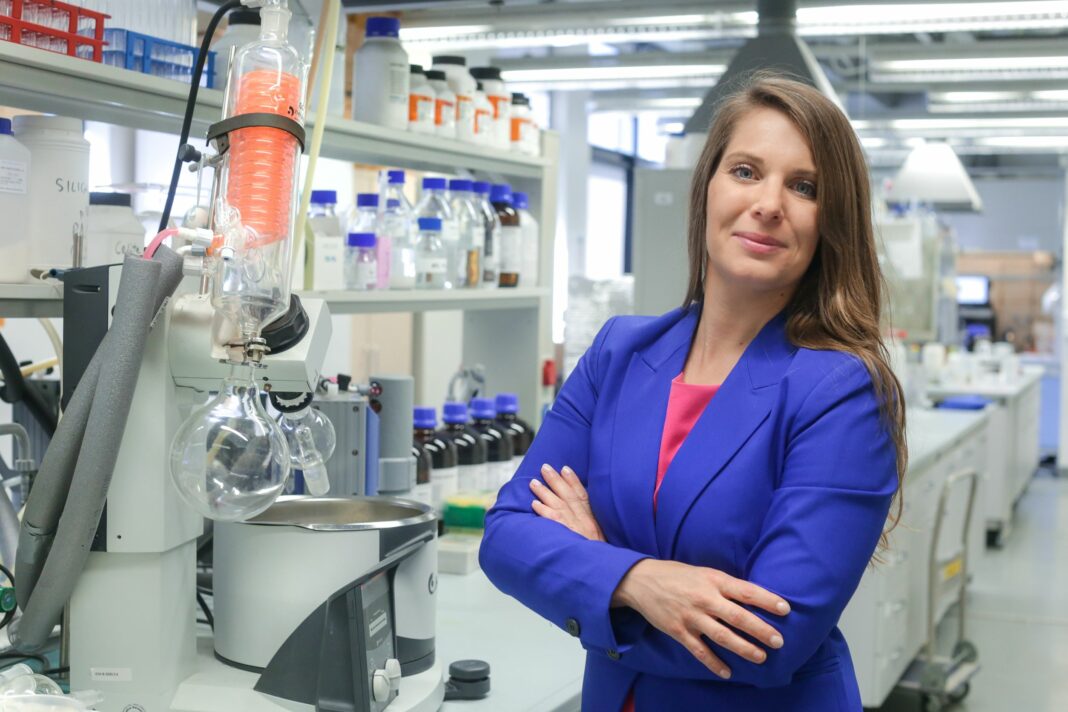 Sylwia Ziemacka talks to Marta Winiarska, president of the board at Bioinmed. The position of Polish biotechnology companies in the global value chain is growing.

Does the world see the potential of Polish companies on the biotechnology market?

Still not. And even if it a bit does, it is still not enough. The world strongly identifies Poland with the production of generic drugs. These are counterparts of the original products developed by foreign companies, the patent protection of which has already expired or has not been applied for. Technologies for these drugs were developed more or less 15-20 years ago and after the expiry of patents, they are then recreated and further produced in Poland.

On the other hand, hardly anyone in the world knows that Poland is also more and more a source of such typical, innovative projects in the sense of large, breakthrough innovations on a global scale. I mean projects in the field of medical biotechnology, i.e. new drugs, new therapies, new diagnostic methods, as well as various technologies, such as artificial intelligence and machine learning, which support the research and development process and allow this process to be carried out faster, with less risk. They allow one to design pre-clinical trials, and later clinical trials, making the chance of success in this research and development project significantly greater.

What role does BioInMed play in shaping the Polish biotechnology sector?

BioInMed is an industry association. Today we associate 17 companies from the innovative medical biotechnology sector. They include all companies that conduct research and development in the field of new drugs, new therapies, new diagnostic methods and supporting technologies. So we have a broad overview of the different kinds of competences. And I believe our organisation is the element that was missing from this ecosystem. But it was so for a reason. Only recently have we been able to recognize that we have a seed of reguar medical biotechnology sector in Poland. Because at first, for quite a long time we had individual companies. And when year by year there were more and more of such entities the need to join forces was born.

On the other hand, when each company communicates separately with decision-makers or with the media, sometimes it does not give a full picture of the sector. Without such a complementary big picture, it was difficult to create solutions and an ecosystem that is to support the dynamics of the sector’s development and was hard to create optimal conditions for the efficient conduct of R&D projects.

Today it is BioInMed to consolidate this voice of the industry and that on the one hand would talk about the needs of the industry, about certain barriers, but on the other hand also about things that had already been done. About milestones achieved in projects, pipelines, plans or scientific and business successes – including international partnerships. BioInMed is intended to be a platform for the exchange of experiences, thoughts, and cooperation, but also, and maybe even above all a partner for the public administration and decision makers in order to further develop the sector.

And do Polish decision makers see the potential in this sector?

Yes, it seems that the political decision has already been made. First, we had a responsible development strategy that talked about the strategic role of innovation and the biotechnology sector. Later, the Medical Research Agency was established. We have the president of the Medical Research Agency, Radosław Sierpiński, appointed as government plenipotentiary for biotechnology. A government plan for the development of the biomedical sector for the years 2022-2031 was created, which provides for the financing of works involving, inter alia, the development of new, innovative and original drugs. The first original Polish medicine has become not only the goal and ambition of companies, but also of the Polish government.

Also, a strategic decision at the political level that Poland should be part of the global value chain in the field of medical biotechnology was made. However, to make it all go well a real dialogue between public administration and the industry is highly needed. That is why it is worth talking and what we do is first and foremost dialogue and it seems that it  is really effective in many areas. I hope that we will really, step by step, create such conditions that will make Polish companies even more visible in the international arena.

When can we expect the registration of the first product based on Polish technological thought?

I think that we have a only few more years to register the first product based on Polish technological thought.

Please remember that the R&D process in life science is very long. It takes about fifteen years. Regardless of whether it takes place in Poland or anywhere else in the world. Considering that the first Polish biotechnology company, which announced work on the first original drug, in this case, an oncological one, was established just 15 years ago, we have not yet completed any project to the end. But we are really at the end of this road. We have some projects in the second phase of clinical trials that have initially proven their safety and effectiveness. Patients use some of these technologies in clinical trials, so the last step is just ahead of us.

What factors are conducive to the development of the Polish biotechnology sector in the international arena?

There are a couple of reasons. We have a very long tradition of such research and development work in the field of life science on the academic side, so we naturally have really good staff. This was certainly overlapped by various opportunities related to EU funds, which are dedicated to R&D projects. The medical biotechnology industry fits in perfectly, because it is currently conducting research and development projects with a global commercialization idea, i.e. they are unique on a global or at least transnational, and not only national, scale. Certainly, the prospects of EU funding contributed to the fact that many companies dared to reach for these funds and, for example, various spin-offs of universities or start-ups were created, where previously scientists conducted some research on the academic side, and thanks to these funds they could take care of such technologies in a more business-like manner.

Certainly, the creation of the first companies and the very fact that the first Polish companies took up such risky projects, at least, encouraged others. There was a moment when we had one, two, maybe three companies that entered into these very risky, but also technologically advanced and promising projects, and today we have several dozen of these companies. These are companies that really have nothing to be ashamed of internationally and simply compete with companies from all over the world.

Some of the Polish companies do not work on their own projects, but provide research services and cooperate with companies from so-called big pharma from the United States, or pharmaceutical companies in Europe, providing them with their technologies. It really is all happening and we are more and more boldly going outside with our activities.

I would like to ask about the commercialization aspect. On the one hand, we have a strong research base, know-how, knowledge and experience on the part of representatives of these medical departments or biotechnology experts. Practice, however, often shows that completely different skills are needed in order to commercialize projects well. How are Polish companies doing in this field?

The commercialization aspect is something that we are working on all the time, because we have not really gone through this path from the very beginning of the project to the very end, in terms of making a specific technology and therapy available to patients. In fact, we are still learning a little. Interestingly, more and more experienced managers working for many years on the side of Big Pharma or large foreign biotechnology companies are interested in working in Poland. We have many such experts on the boards of Polish companies, which allows us to transfer know-how in the field of commercialization, among others. This shows that the Polish sector has a lot to offer. On the other hand, the projects that have already been developed by Polish medical biotechnology companies provide enormous “know-how”. Commercialization, ultimately, is making the technology available to patients, while this commercialization in a sense also takes place through establishing partnerships with foreign companies in cooperation with which the technology is developing. We already have several such partnerships and we can see from the value of these partnerships that these amounts are growing. This means that we are an increasingly reliable partner. Polish companies receive a considerable upfront payments, i.e. amounts that are transferred in advance, for the joint development of a given technology.

The first such partnering appeared about 10 years ago. Later, every year, there were some smaller or larger international collaborations. Recently, a cooperation between one of BioInMed’s companies in Krakow and an American company was announced, and the terms of this contract are those that biotechnology companies in other countries with a more established tradition of operation, in this sector, could easily boast about.

What sector do you need for further development?

As a sector, we need public support not only in financing but also in promoting the industry. We are cooperating, among others, with the Ministry of Foreign Affairs, but also with the Medical Research Agency and the Ministry of Development just to show that R&D projects in medical biotechnology are happening in Poland, because we are still not perceived as a natural source of such projects.

Sometimes it is even more difficult for us than for companies from other markets with a longer biotechnological tradition to even verify certain issues at the European level, for example at the European Medicines Agency. We are x-rayed twice as much, as if these projects from Poland were of lower quality. It is not the case. This is because we still have to prove to the world that we can do it. On the other hand, when you look at these projects, when everything really works, it turns out that these projects are in line with global standards, trends and quality.

Also, we still need some validation. And every partnering as part of international cooperation, every American or European company that uses Polish technologies, e.g. those related to artificial intelligence algorithms that support the drag discovery process, each project of this type supports our image, shows that we are a credible and reliable partner.

But at the end of the day, the registration of the first original Polish drug will certainly be the final confirmation of our capabilities and potential. But we have to wait a while longer for that.