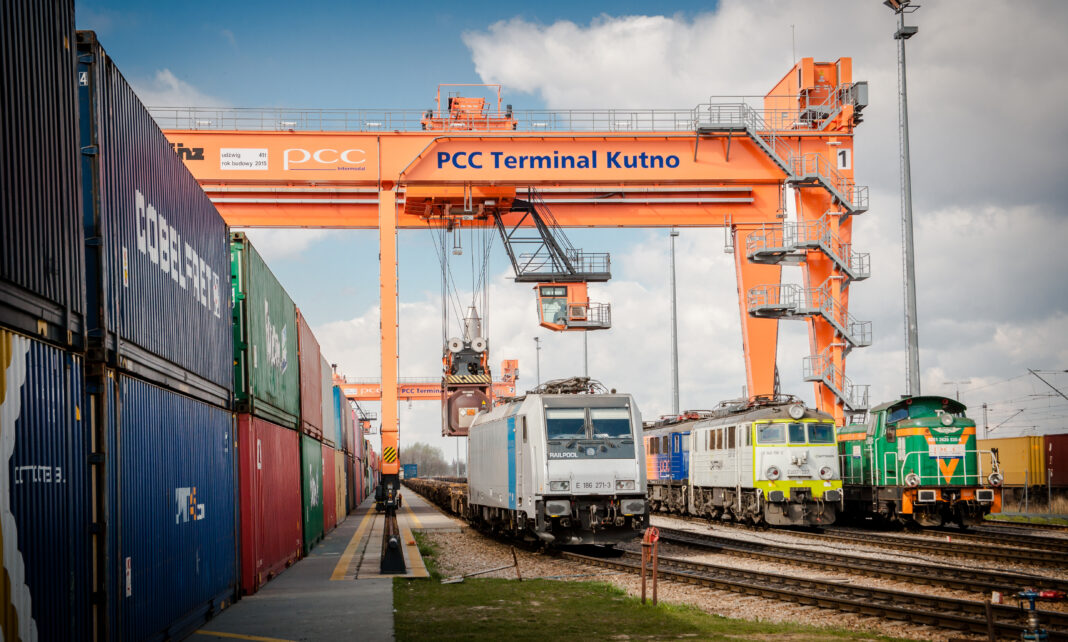 Europe and Poland are switching to intermodal transport.

After unforeseen and sudden events in the world in recent years, security has become a key aspect in business. In this context, intermodal transport is being increasingly talked about. Particularly in Poland, where it has huge development potential. This is a type of transport that creates modern chains connecting several types of transport into a single system, thanks to which it ensures greater predictability and regularity of journeys than road transport alone. Thanks to the use of mainly railways and waterways, it is also more environmentally friendly than road freight.

More than 20 companies are already involved in the implementation of intermodal rail transport in our country.

“Underlying the development of intermodal transport is the security it gives companies in the current, difficult time for business. It is the best logistics solution in the economic downturn, when peace of mind is more important than ever. The development of this type of forwarding is closely related to the railway. The network of reloading terminals is constantly developing in Poland. More and more entities are interested in expanding the infrastructure for this form of transport. More than 20 companies are already involved in the implementation of intermodal rail transport in our country. We are currently looking for logistics land with railway sidings for several clients. It should also be noted that this type of transport has a lot of potential in the context of EU directives due to lower emissions than road transport,” says Bartłomiej Zagrodnik, Managing Partner, CEO at Walter Herz.

Due to the policy of the European Union and the global trend of reducing CO2, the intermodal business will grow faster in the near future, increasing the share of rail transport. The European Union plans to minimize the effects of the development of road freight transport, such as air pollution, road damage, noise and security risks. The goal is to reduce greenhouse gas emissions from transport by 60% by 2050, the transfer of 30% of transport over a distance of over 300 km from roads to lower-emission means of transport, and by 2050 a 50% reduction in road transport.

A barrier to intermodal transport in Poland is the insufficient number and uneven distribution of intermodal terminals where transshipment to another means of transport takes place. According to the Central Statistical Office, in 2021 in Poland we had 39 active terminals where container units are reloaded between two different means of transport. Including 4 sea terminals, handling sea-rail, sea-road shipments and 35 land terminals, which are constantly growing. In June this year, Laude Smart Intermodal opened its largest domestic terminal in Zamość, which will be used to receive cargo from Ukraine.

In Poland, we have the right conditions for the development of container transport. This includes e.g. high density of the railway network and the convenient location of our country at the intersection of international transport routes. This is particularly important in the perspective of the increase in the scale of transport from the Asian market. While in 2011, goods were transported between China and Europe by several trains, in 2018 there were over 6,000. Over 80% of loads on the Asia – Europe route pass through Poland. The problem, however, is the low capacity on our eastern border and the current speed of Polish rail transport.

Intermodal transport works great in European traffic. The pace of change in the global economy in recent years has made everyone pay more attention to time and cost-smart transport.

“Intermodal transport works great in European traffic. The pace of change in the global economy in recent years has made everyone pay more attention to time and cost-smart transport. And this, among other things, has given space for the development of intermodal transport. The network of intermodal connections that we have created is based on the concept of building a regular network of daily rail connections, enabling the transport of containerized cargo over a long section of the route and correlated with its transport by road from/to the place of shipment or destination. The network of connections has the advantage of providing access to this method of transport, both for large regular cargo sequences and for single container shipments. Our intermodal trains run on schedules and take containers just like passenger trains take travelers. Terminals connected in a network of regular connections are kinds of ‘transfer stops’ that enable optimization of the process,” explains Monika Konsor-Fąferek, Marketing and Development Director at PCC Intermodal SA.

“Today, transport costs are measured in a broad aspect, also taking into account the impact on the environment. Intermodality enables a cut on carbon footprint. As an environmentally friendly means of transport, trains transport containers over long distances, e.g. between Gliwice and Antwerp (nearly 1,200 km), and on the last part of the route (50-100 km) the cargo is delivered to the door by road transport. Delivery planning based on a terminal located close to the production plant is easier and allows you to adjust logistics to sudden and surprising situations,” says Konsor-Fąferek.

Faster growth in Europe than in Poland

Intermodality also enables companies to more efficiently overcome the challenges faced by road transport, such as the lack of drivers or an increase in salaries. Market analyses show that standard vertical handling technologies in the case of container transport become competitive compared to road-only transport over a distance of about 1,000 km. Looking from the perspective of environmental efficiency, the majority of intermodal transport chains transported over a distance of 600 km already have lower external costs.

An obstacle to the development of this type of services in Poland is still the low unification of semi-trailers used for intermodal transport. Insufficient number of these that can be used, both in road and rail transport. In addition, in our country it is difficult to count on government programs supporting the competitiveness of railways in the long term, which, for example, the intermodal business has in Germany.

The intermodal industry in Europe is growing more than in Poland. In 2021, combined transport recorded a record high annual result in terms of the amount of transported cargo. The New Silk Road Asia-Europe railway also achieved a record in this respect.

Analyses suggest that by 2030 the handling capacity in the EU will not be sufficient to meet demand. Availability of terminals throughout the trans-European transport network requires investment. Most modernizations are needed in Spain, France and Italy. Structural upgrades are needed on many sections of the TEN-T network to enable the transport of semi-trailers by train. According to estimates, investments of around EUR 7.7 billion are required to remove network constraints.

The conflict in Ukraine has revealed the strategic importance of railways as road routes were disrupted and Ukrainian ports blocked. It turned out that the railway is irreplaceable for transport over long distances. If, using EU funds, new terminals are launched and existing ones expanded, which would create new logistics chains after the end of the war, we will be able to think about using railway routes from East to West Europe on a large scale.